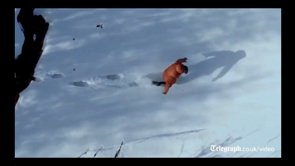 In 2014 the producers of the TV series Fargo asked us to come out and film with them in Alberta.  They were interested in not only our drone aerial filming skills but also our MoVI handheld camera gimbal.

With the story of the TV show unfolding in the remote and very cold town of Fargo, North Dakota, we too did our filming in cold, wintery conditions in Alberta. But we’ve had plenty of experience working in similar conditions and were well prepared with the correct equipment and resources to be able to execute.

We  were invited out to film with them on a couple of different episodes, using both our drone and handheld brushless camera stabilizer equipment. And working side-by-side with the Director and the DOP to capture some beautiful shots for the production.

Fargo has gone on to win a couple of Emmy awards, including the award for “Outstanding Miniseries”. Congratulations to the entire production team!