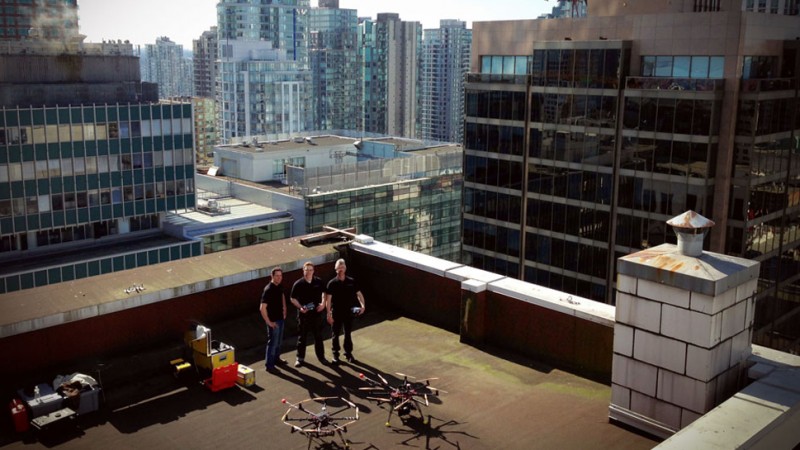 We got a call this Spring from a FOX TV production to work with them on a new Pilot filming in the Vancouver area.

They had heard of the exciting new possibilities that our RC Helicam technology offered and were keen to make use of our services for some unique aerial shots for  the TV Series.

Flying the RED Epic camera on our RC Helicopter, we shot several scenes for the production including scenes involving the main actors of the TV show.

We worked closely with the Director and DOP, and they expected high quality, challenging shots involving coordinating our helicopter with multiple actors and other moving vehicles. But with a really well organized production crew and great direction we pulled it off and got them some great results.

Our solid track record, and compliance with Transport Canada regulations proved invaluable in securing the permits for this production, as one of the locations was right in downtown Vancouver.

We wish the full production team all the best with the new TV Series!