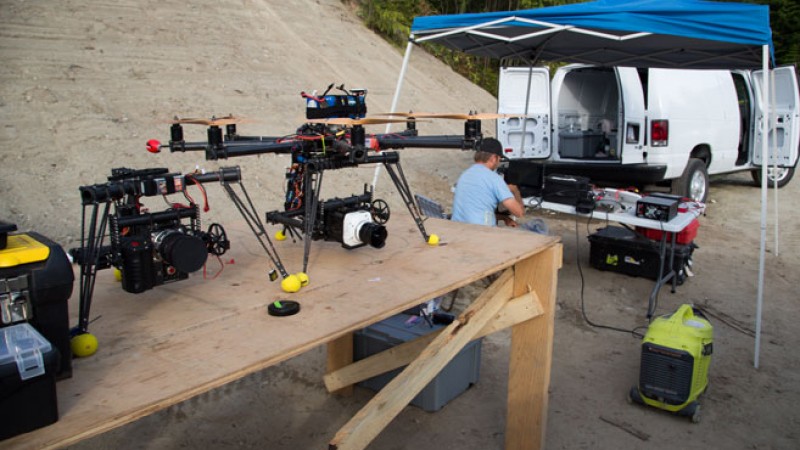 Brandon Semenuk, Cam McCaul, Cam Zink and Logan Peat are without question some of the best mountain bike athletes in the world. And when they’re performing for the cameras for an upcoming mountain bike movie, they really go big!

We had the privilege of filming these amazing athletes with Freeride Entertainment on a jaw-dropping custom built slopestyle course they created.

While we did a lot of aerial filming with the RED Epic camera, undoubtedly the most unique aspect of this shoot was that we got to film them with the super high-speed Phantom Miro camera on our RC helicopter! This was by no means an easy task since, within a 24 hour timeframe, we had to figure out how to get the camera, batteries and video converters mounted on our gimbal, and also develop a triggering mechanism for the camera.

We got it worked out, and with the Phantom Miro and helicam flying up above the riders over some massive jumps, we got some absolutely stunning shots for the production!

Thanks to the athletes and crew for a great shoot day.
This will no doubt be a phenomenal movie – look out for it coming out in the fall from Freeride Entertainment!