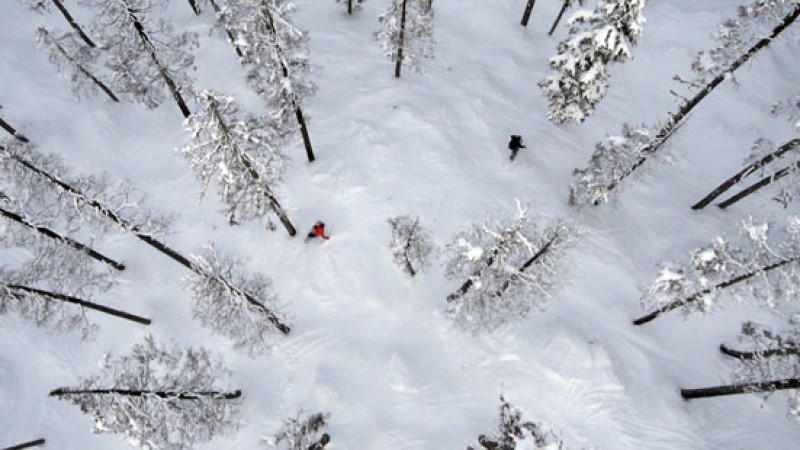 Aerial Filming with the Cinestar and the GH3 Camera

Switchback Entertainment once again asked us to join them in the mountains. This time we filmed on Whistler-Blackcomb resort for a marketing video. And we were joined by several local athletes including Olympic Gold medalist Ashleigh McIvor.

Our team’s dexterity in rugged, snowy terrain once again proved invaluable for this shoot. Keeping our equipment easily mobile, we used skis, snowboards and snowmobiles to move down the mountainous slopes. And the athletes were also more than willing to help us carry a few things. Thanks!!

In order to provide 60fps high-quality aerial video, we flew the Panasonic GH3 Camera on our Octocopter. We followed groups of athletes winding through trees below us, and we followed them down high-speed groomed runs. And the results look really good!